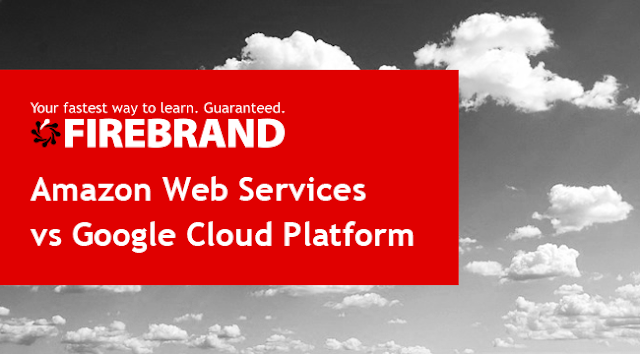 The two front runners of the rapidly growing cloud solutions industry are Amazon Web Services (AWS) and Microsoft Azure. But there’s a new competitor that’s been steadily climbing up the ladder - Google Cloud Platform aims to compete for a place in the top two.
Amazon Web Services is the biggest cloud provider in the world. In terms of market share, the enterprise exceeds its 4 competitors in a cloud market worth $70 billion in 2018. AWS is not only large in size, but is also extremely profitable - accounting for 55% of Amazon’s entire operating profit as of the second quarter of 2018.
Microsoft’s Azure platform is the the fastest growing cloud service – other than Google – and increased in market share by 75% between Q4 2017 and Q4 2018 according to one Canalys report.
Google Cloud is the underdog in the competition. They entered the cloud market later and don’t have the enterprise focus that helps draw corporate customers. Google’s technical expertise however, is very intelligent, and its industry-leading tools in deep learning and artificial intelligence, machine learning and data analytics, are highly reputable.
Google also have a huge capacity and desire to invest in the cloud, which only invites opportunity, growth and success.

Businesses are adopting the cloud on a rapid scale due to its lower costs and better usability.  Last year, Forbes reported 77% of enterprises have at least one application in the cloud. In fact, they estimated that 83% of a business’ workload will be running in the cloud by 2020.
Despite the number of similarities between the cloud platforms, they all have their specialties which explains the range of popularity: Canalys' 2018 market share report identified AWS as the most popular cloud platform.
The five largest cloud providers by market share (%): AWS 31.7%, Azure 16.8%, Google Cloud 8.5%, IBM 3.8%, Alibaba 4.0%. With Amazon in the lead by almost 200%, it is undeniable that the state of the cloud in 2019 suggests a positive lead for them.
However, it is important to remember that these estimates are based on 2018's results for businesses, and does not reflect how fast Google's growth has been - especially to already be distributed in the top five cloud providers in the world.

AWS launched its public cloud platform over a decade ago in 2006, gaining a significant head start over Microsoft and Google. Google launched the Google App engine in 2008 but did not enter into the cloud market until 2010, 4 years after AWS began - a long time in cloud computing.
The significant head start allowed Amazon to establish its authority early on - Microsoft and Google are now catching up. In 2018, AWS grew by 48% in Q2, Azure grew by 89%, and Google Cloud Platform grow by 108%.

The main benefits advertised by Amazon are:
AWS offers low and ‘pay as you go’ pricing, no long-term commitments or upfront expenses. As a customer, you buy only as much storage or computing power as you need. Amazon lets businesses quickly increase or decrease their computing resources.
Auto-scaling and elastic load balancing can scale up resources automatically in case of the unforeseen increase in demand and also scale them down if demand gets reduced.

What is Google Cloud Platform?

Despite its underdog status, there are quite a few notable businesses that have moved over to use Google Cloud Platform - these include Spotify, HSBC, Snapchat, EBay, Coca Cola, Domino’s and Ubisoft. Even Apple is moving some of its services away from AWS, spending between $400 million and $600 million on Google Cloud Platform.

Like Amazon, Google focuses on flexibility. Google bills in minute-level increments, so you only pay for the computer time you use. A big bonus is that they give you discounted prices for long-running workloads with no upfront commitment required.

While it is indisputable that Google is the less expensive cloud solution for a large network and state of the art security and performance, Amazon Web Services is still the more preferred, reliable and stronger service.
Amazon’s years of experience and established data centers across the globe remains the most attractive features for businesses.

However, it should not be neglected that Google Cloud Platform may work better on an individual basis rather than for a business.

How do I get certified?

Whichever platform you feel best suits you, you’ll need the skills and certifications to work with them.

Firebrand Training offer both Amazon Web Services and Google Cloud Platform – so you have the opportunity to see which certification best suits your needs. Each of these cover infrastructure, architecture and security of each of the cloud platforms.

With Firebrand, you’ll have access to the official curriculum and courseware, and return to the office certified in your chosen cloud platform.

Become an expert in your chosen field with Firebrand.