Get 50% Off Your Second Course | Check this out: Unlimited Microsoft Training For Just £6,600

Firebrand’s quarter 3 each year is centred around one of our core values “care”, each year we set a challenge to our amazing staff, volunteer, raise money, do something amazing for charity. Here is a selection of some of the great deeds done by our staff! 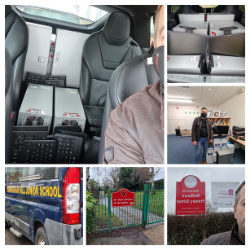 Rather than throwing away some unused desktop computers from the office, Richard Gamble, Paul Templeton and Stefano Capaldo, cleaned the computers up, and with the help of the computer-friendly charity were able to donate them to 11 schools to be used in classrooms and offices. 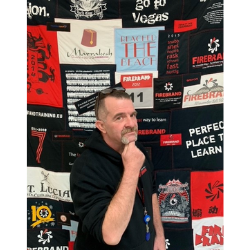 Firebrand has a strong tradition of Movember participation with more members of staff growing a Mo each year. Paul Templeton is the king of the Moustaches and has raised more than £2500 over the years! 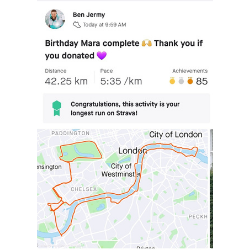 Ben Jermy managed to complete his goal of running a sub 4-hour marathon despite a blizzard trying to spoil the party, in the end, he raised £1,125 pounds for the children with brain tumours research fund, much of it donated by Firebrand staff! 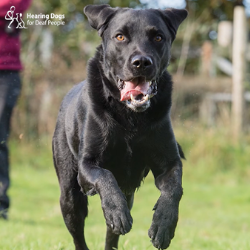 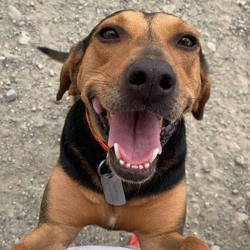 Mark Colombini looked after a young hearing dog in training called Nero for two years before sending him off to “dog university” to become a fully-fledged hearing dog! Nero has now passed his final assessments and is helping a deaf person live a better life! See How Nero is getting on here.

Phoebe Savvides helped the “underdog charity” by fostering and training Danny and Fiona before they went off to their new forever families. The charity helps find homes for unwanted dogs from Cyprus and Romania. 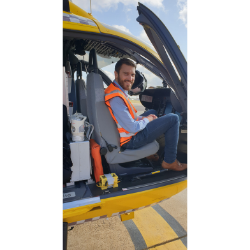 James Lapwood spent the day with the EAAA helping to call supporters and fundraisers, as well as envelope-stuffing for their next campaign. 19 years ago they started the charity and it's now become one that generates enough money to respond to 3500 serious incidents a year. 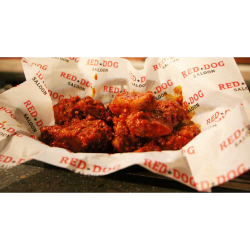 To raise money for the British Heart Foundation Mike Eagling took on the naga viper hot chicken wing challenge at RedDog in London. Rubber gloves must be worn while eating them and side effects include stinging eyes, hot and cold sweats, severe stomach and chest pains and even hallucinations. Mike ate all 6 wings in under 2 minutes! He then had to keep them down with no food or drink allowed for 5 minutes. Mike raised over £500 for BHF.

Firebrand Training has donated £100,000 of training to the British Heart Foundation.